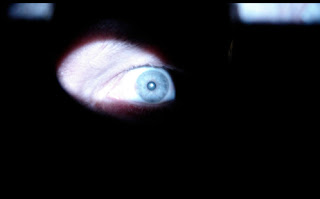 Campbelltown, NSW - Little Boy Lost
When Fiona and her husband Paul moved into their new south-western Sydney home in 1995, everything was fine. It was only after a visit to a family gravesite at nearby Rookwood Cemetery, and renovations to the small home, that strange things started happening around the house.

"We had just come home from the cemetery and had laid down after putting our then, 12 month old son down for a nap," Fiona recalls.

"We had been lying there for only a few minutes when my husband started telling me to knock it off! I asked what he meant , and he said I had been touching his backside. Of course I hadn¹t, and we went back to sleep."

Soon after that Fiona¹s niece died, and the strange activity in the house increased.
"It was becoming increasingly loud and menacing - things would fly off shelves, tins would be stacked precariously on top of one another, and my pantry would become rearranged and tidied up - which I quite liked," Fiona says with a laugh.
"We would hear footsteps up and down the hall at night. They could also be heard walking up and down our front verandah in the evening. One night my mother-in-law was babysitting for us and by the time we got home she could not get out the door fast enough.
"She said she had heard footsteps several times on the verandah and, thinking we had come home, was waiting for us to open the door and come inside."

Fiona was eight months pregnant with her second child when she was watching a video with her young son and suddenly saw the spectre of a young six-year-old boy in front of her.
"At first I did not even register that it was not an actual child," she recalls.
"He had long puffy pants on, a beret style hat, and button up boots. I watched him for a second or two and then he walked into the hallway. I got up, followed him, and then he turned into my son¹s bedroom, but when I rounded the corner he was gone.
"Upon returning to the loungeroom my son said 'did you see the little boy?', then told me his name was Michael and he often played with him in his room."

Fiona says she has only seen him once since - in her second child¹s bedroom looking into his cot, little hands gripping the side bars of the cot with both hands.
While the couple and their children have now moved out of the home, they say they¹ll always remember their home with affection and wonder just who that little boy was.
Newer Post Older Post Home