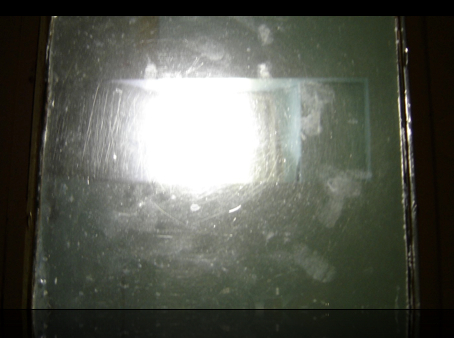 Mount Isa, QLD - The Mysterious Min Min Light
For Mike Meech it was a night like any other when he experienced firsthand the outback legend that is the mysterious Min Min light - a strange bobbing ball of light known to follow cars and people, appearing and disappearing seemingly into thin air. Years later he compared tales with another who had experienced the Min Min light - and came up with a novel explanation for the strange phenomena.

"The sign post in my rear vision mirror said "BRUNETTE DOWNS". I glanced at it as I turned my car onto the beef road and headed across the Tablelands to the Barkley Highway en route to the North West Queensland mining town of Mt Isa.

"I had been employed as a road train driver for the King Ranch pastoral Company for the past 12 months and I had just accepted a position as a fuel tanker driver with Mobil Oil in Mt Isa. I was looking forward to being based in a "city" once more .

"The Mt Isa area was extremely rugged country and very mineralized and apart from the huge Mt Isa Mines there were many privately operated open cut mines in the area and many were rich copper lodes which sent their copper ore into Mt Isa to be smelted. My new position entailed transporting tankers of fuel to many of these mines to feed the hungry earth moving machines.
Several of the mines I serviced belonged to the mining magnate Clem Walton.

"Two of those, "Lady Fanny" and "Mt Hope", were situated approximately 150 kilometres south-west of Mt Isa on a lonely track which wound through low, spinifex-covered hills. There were numerous small waterways to cross - mostly dry - as it seldom rained and the red rocky landscape created a unique picturesque setting which I quite enjoyed despite it's harsh nature.

"This particular trip was to refuel those two mines and I was lucky enough to have the company of a nursing sister from the Mt Isa base hospital. Having replenished the storage tank at the mines we were returning to Mt Isa. The driving was long and slow due the the torturous nature of the tracks over the rough terrain. I had been driving along the side of a dry waterway for some time through low trees and brush. Dust was lifting up from the back of the vehicle, however there had been a brief shower in the afternoon and some of the potholes in the track still contained water.

"I had noticed in the rear vision mirror a single headlight many hundreds of meters behind me. It had been following along behind for the last 20 kilometres or so. This surprised me for several reasons. I had only ever encountered one other vehicle on that track in daylight hours and it was now midnight, and the vehicle had not gained on me in the 20 kilometres or so despite the fact that I was going very slow with a fuel tanker.

"I had mused to myself that it may have been a vehicle with only one operating headlight or a motorcycle and that it must have gone through a pothole with some water in it and become covered in mud as it was so dim. I conveyed this information to my companion in my musings as to what I deducted was happening, and consequently she had also been observing in her
mirror.

"I went down into and crossed over the creek bed and as I came up onto higher ground the terrain opened out somewhat into a spinifex plain. I decided to pull out of the wheel tracks onto the spinifex at the side and let the "poor bastard" go past and get out of my dust. We sat there watching the mirrors and I scratched my head as the light also stopped or at least it kept the
same distance. So this light that had been following my vehicle for many kilometers did not want to catch up, pass, and get out of my dust.

"My companion and I waited for a while and when it became obvious what was happening we cast questioning glances at each other across the cabin. I remember pondering why anyone would not want to pass us and their motive for not wanting to get out of the dust of a slow moving vehicle. I cast around for a plausible explanation and being aware of potholes with water and some low cloud I switched all the vehicle lights off to eliminate the possibility of any reflections.

"Nothing happened and the dim light remained in place. I opened the cabin and climbed down onto the track and my companion did the same on her side. Suddenly the "thing" rose up into the air fifty feet or so and commenced to come towards us. My very practical companion gave a startled yelp and clambering up the ladder into the cabin banged the door lock down with her fist.

"All reasonable explanations had long since departed from me and as the hairs had commenced to stand up on the back of my neck in fright, I saw fit to follow my companion back into the cabin and also hammer my door lock down.

"The "thing" suddenly appeared, still as the dim glow, well above any treetop height and directly over and just in front of my vehicle. My companion an I peered out of the curved windscreen in apprehension. My friend commenced to become somewhat hysterical and exhorted me to get going in a hurry and I envisioned being plucked out of the cabin by a UFO or something.

"The diesel roared into life and as it did so the unknown appeared to flash across the sky to the horizon in the twinkle of an eye. We completed our run back to Mt Isa and related the tale to many. A few weeks later I was talking to Clem Walton who was then an elderly man and he said he had also encountered this "headlight" and that it was the "Min Min" Light but no one could give a satisfactory explanation for it."

Nearly thirty years later, I saw an article from a person at Ferntree Gully in Victoria requesting anyone who had ever encountered the so called "Min Min" light to write to him describing the experience.

Apparently he was heading a team trying to solve the mystery and he wrote back to me with a theory. It was very plausible and would exactly explain our sighting. The theory was that it was a very rare night owl or hawk which had phosphoric luminescent breast feathers - ostensibly - to attract insects. That it was known to follow drovers horses, cattle herds on the move and slow moving vehicles as the passage of these stirred up ground insects and flying along behind, the bird could snap at and gain a good feed from the insects.

This would explain the slow meandering path of the light behind my vehicle. When we had stopped, the bird hovered for a while and then gained height and flew above the truck where it hovered again peering down on us.

The sudden apparent burst of incredible speed to the horizon would have been the birds reaction to the starting of the diesel and as it flew away it turned so the luminescent feathers passed out of our line of sight. simulating disappearing at the speed of light.