Seriously, Why Study the Paranormal? 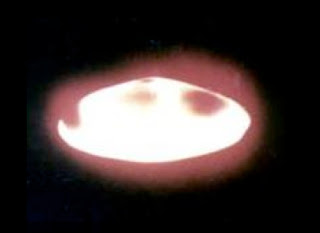 Seriously, Why Study the Paranormal?
By Adam Dodd

When it comes to study, scholars tend to be a fairly serious lot. We don't like being led down the garden path, and to ensure it doesn't happen we sometimes avoid those subjects most likely to seduce our rational faculties.

"Paranormal" phenomena are a case in point. My first attempt at a scholarly study of paranormal phenomena was in 1996, a long essay for the Department of History on the politics of UFO phenomena in Cold War America.

Before the project received approval, I had to convince my supervisor that it was an appropriate subject. When I met with him and said I wanted to write a paper on UFOs, his response was, "You mean those things that people think they see in the sky?" - implying that there was essentially nothing to write about. But despite his scepticism, he accepted my proposal, and later, my argument: that the UFO phenomenon was the center of an unwritten chapter of American domestic history, involving military, governmental and intelligence agencies conducting secret investigations of UFO phenomena and keeping the results of those investigations - and the best data - top secret.

What made the argument all the more convincing was that it was not just "my idea" - the US government, contrary to popular (and academic) opinion, admits to the secret research. What remain very much open for debate, however, are the reasons for such fanatical secrecy.
So historians still have much to learn about the impact of UFOs on American society through the second half of the twentieth century. But what seems even more compelling is the wider cultural fascination with paranormality within which UFO phenomena are situated.

This places the paranormal squarely in the sites of cultural studies. The most important questions, from this position, are also the most obvious: "Why do so many people believe in the paranormal?" and "What constitutes paranormality?"
Cultural studies is less interested in the "reality status" of paranormal phenomena and more in the cultural processes that lead to the identification of the paranormal itself. Since the paranormal is becoming increasingly commonplace in popular culture (and in people's lives),
students of cultural studies like myself find themselves increasingly interested in what this says about the operation of cultural change.
My current work on the cultural impact of the microscope and the germ theory of disease has provided some insight into the production of paranormal phenomena in the modern era, and particularly, the invasive notions of UFOs and alien abduction. The cultural theme that the planetary and corporeal bodies are vulnerable to invasion by alien organisms essentially originates with the medical acceptance of germ theory in the 1870s, coupled with the new application of microscopes and telescopes at the time.

The notion clearly inspired H.G. Wells' classic The War of the Worlds, and consequently the plethora of narratives spawned by the novel itself. In the extreme, contemporary underground alien/conspiracy literature - here I'm thinking of Valdamar Valerian's seminal Matrix series - the aliens are here, among us, breeding with us. Infiltrating our
governments, our military, they have burrowed into the planetary body itself, operating from secret, underground bases. In Matrix II: The Abduction and Manipulation of Humans Using Advanced Technology (1990), we
find assertions that underground battles have been waged between the aliens and the military, that the Faustian deal has gone awry.

Such assertions locate the paranormal within the very center of the social, corporeal and planetary bodies themselves, telling us (fairly pessimistically, like all good horror), that we are thoroughly vulnerable to the unknown. In doing so, they attempt to make us paranoid.

Like The X-files, these narratives intentionally destabilise notions of "truth." They are bound up in a specific narrative tradition but still purport to tell us what is "really going on". In this sense, they form a type of unorthodox diagnosis. As Vivian Sobcheck has observed in The
Limits of Infinity (1980): "The aliens fighting on earthly battlegrounds fight not just against men but against the planet itself; Earth is on our side. Earth and Man are an organic unity, a known quantity, working together to repel the alien "other." The Martians of War of the Worlds are
killed not just by God's wisdom, but by germs; the very atmosphere rebels against such unscrupulous intrusion (111-12).

What I think Sobcheck shows us here is that there is a close relationship between the biological processes of the body discovered during the nineteenth century, and the notions of paranormality that have developed
since that time. As our culture places increasing importance on having and maintaining "normal" bodies, bodies which repel alien forms, the opportunities to depart from these increasingly narrow definitions of
normality become more prominent. Representations of normality in the media, images to which we are continually encouraged to aspire, become increasingly mythic and therefore unattainable, especially considering the
rate at which new diseases - new aliens - are discovered.

Germs, like the aliens themselves, seem to be everywhere and nowhere all at once. Yet we
are expected to believe in them, to fear them, and to protect ourselves against them. In doing so we are expected to buy into a type of cultural paranoia that requires acceptance of paranormality into our everyday
lives. And to me, even as a budding scholar wary of the garden path, that in itself seems like a good enough reason to seriously study the paranormal.

*Adam Dodd is an M.A. candidate at the School of English, Media Studies and Art History, The University of Queensland. His thesis examines the cultural impact of the microscope and germ theory, particularly their influence on paranoid horror and science fiction.
Newer Post Older Post Home