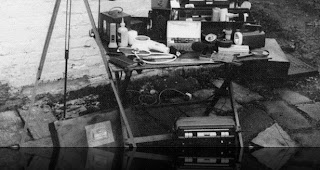 Are ghosts real? Can they be caught on film? These two questions tantalise and tease many interested in paranormal phenomena. We've collected a few of the more compelling pictures that have come through our inbox. What are they? Who can say for certain? We can only theorise, but we think we're safe in saying that the images on these pages should never have appeared on film. 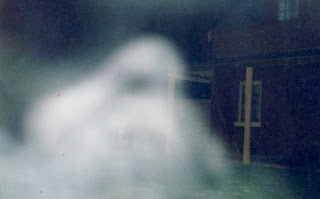 This strange misty form was captured by Jackie Harding on film outside Monte Cristo, in Junee, NSW, reputed to be Australia’s most haunted homestead. Strange fog-like mists are often captured in places where ghostly activity occurs. 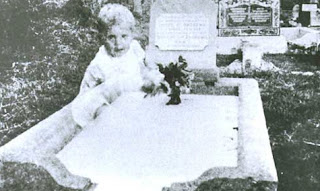 A woman named Mrs. Andrews was visiting the grave of her daughter in a cemetery in Queensland around 1946/1947. Her daughter Joyce had died about a year earlier, in 1945, at the age of 17. Mrs. Andrews saw nothing unusual when she took this photo of Joyce's gravemarker. Investigating this case, Australian researcher Tony Healy visited the cemetery in the late 1990s. Near Joyce's grave he found the graves of two infant girls. 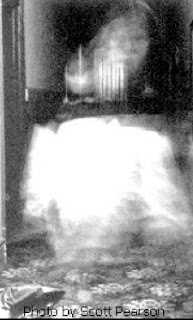 In about 1993, photographer Scott Pearson captured this intriguing image in an old historic hotel in Gawler, South Australia. Scott was on a ghost hunt after his brother, the new owner, complained of strange goings-on during renovations of the 1836 building. He staked out the corridor near the section of the building that had once been used as a morgue. A strange unsettling feeling prompted him to snap a few frames off and this is the result. Read his story here.
Newer Post Older Post Home