The Hawkesbury River Monster - What Lies Beneath? 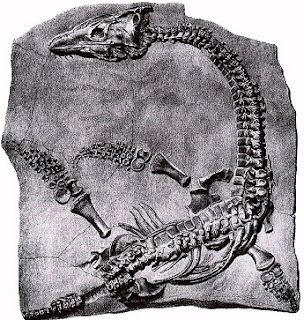 The Hawkesbury River Monster - What Lies Beneath?
By Ruby Lang
Somewhere in the depths of the Hawkesbury River in New South Wales lurks the long lost cousin of Nessie the Loch Ness Monster, according to Australian naturalist Rex Gilroy.

Rex, a Katoomba-based author and head of the Australian Unknown Animals Investigation Centre, claims the beast is alive and well and using the central coast as a breeding ground.

And he says he has hundreds of reports to prove it - detailed sightings of the creature collected by himself and his wife Heather over the last 30 years, the most recent in November 2000.

"In recent years there have been sightings of creatures surfacing as far up as Windsor," Rex said. "The latest was in the St Albans where there was a report of a 25-30 foot creature spotted swimming in the river. Some people who had been out fishing saw it swimming past the jetty where they were standing, with a snake-like head about a metre or so above water."
Descriptions of the Hawkesbury Monster liken it to the prehistoric plesiosaur, an aquatic dinosaur 70 million years extinct. According to the 57-year-old naturalist, stories about the creatures in Australia date back to before the first white settlers and are a part of Aboriginal folklore.

Early settlers to the area during the 1800s were told stories by Aboriginals of women and children being attacked by the moolyewonk or mirreeular, the Aboriginal names for the monster, Rex said.
"Information collected so far suggests to me that the creatures are breeding somewhere offshore and laying their eggs inland. This would not be out of character, as there were both freshwater and saltwater breeds during the Cretaceous period," he said.

"They are still being seen in the Hawkesbury River of course, which is not surprising because it is such a deep river. Actually it’s a sunken valley."
Sightings put the greyish black creature between 7 and 24 metres in length. At the top end of the scale that’s about five times bigger than a great white shark or the equivalent length of five commodores parked bumper to bumper.

Like Nessie, which cryptozoologists also believe to be a plesiosaur, the Hawkesbury River monster has a large body, two sets of flippers and a long snakelike neck and head.

"Aboriginal rock art in the area 3-4000 years old describes the creature as about 20 foot long. The Aborigines were pretty observant and this carving means those creatures were seen around the Hawkesbury River," Rex said.

Reports of sea monsters can be found across the Pacific and around the globe, the most famous and enduring of which is Scotland’s Loch Ness Monster.

Rex said new species, as well as those previously thought to be extinct, were being constantly discovered and scientists should be more broadminded in their research.

"It seems to me that we do have a race of creatures that are officially extinct, yet they are still with us," Rex said. "As to what it is? I believe it’s a marine reptile of some sort that scientists should really start taking an interest in. We’ve got a lot going on in our own backyard and Australians should be investigating."
Newer Post Older Post Home